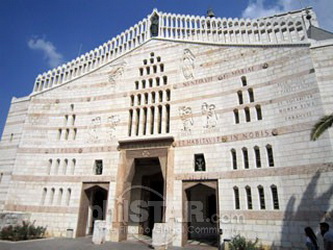 “Have you ever taken an Insight Tour?” the people at Rajah Travel Corp. asked me.

I said no. My reason: “I had taken a European tour before and didn’t really like the rushed schedule and all those people crammed in a big bus.”

They told me to try Insight as it was more luxurious, leisurely and this premier escorted tour company had a limit on the number of people that could join the tour. They then presented me with a catalogue that made my eyes grow bigger with the amazing tours they had to offer. One extremely interesting itinerary was called “The Land of the Prophets,” a 21-day-tour that would cover parts of the Holy Land: Israel, Egypt and Jordan.

Then I said yes to this tour. This trip proved to be a once-in-a-lifetime opportunity.

My friend Gavin Conboy asked me what airline I was flying with. I said Etihad. He assured me it was a very good airline. His words made me feel at ease as I had actually never flown a Middle Eastern airline before. I even learned that Etihad Airways was named the world’s leading airlines for the third year in a row at the World Travel Awards.

A few weeks before my trip, I attended a function where I saw Gavin with Robert Hukom, the country manager of Etihad Airways Philippines. Gavin introduced me to Robert and I excitedly exclaimed: “I’m going to the Middle East and taking Etihad!” Robert told me that he hoped I would enjoy the flight. Gavin also mentioned that I should order the roast beef sandwich while on a long haul Etihad flight. I did regret listening to him as I ate four of those incredibly delicious roast beef with caramelized onion and cheese sandwiches that were served on demand on the very comfortable flight from Manila to Abu Dhabi.

Along with designer Anton Mendoza, we arrived in Tel Aviv and checked in at the Sheraton Tel Aviv Hotel and Towers. We had lunch and made plans with our friend and former Manila resident Sigalit Djemal, who took us out and showed us the interesting Tel Aviv nightlife.

We met the other members of our group the next day to officially start our tour. To my delight, we were only 12 in the tour group! Insight provided us a very spacious and comfortable van. We had a leisurely ride seeing all the highlights of Tel Aviv, such as the Habimah National Theatre, Rabin Square and Carmel Market, before continuing to the ancient port of Jaffa. That night, we enjoyed a traditional Shabbat dinner at the hotel. The next day had us exploring the ruins at Caesarea. This seaside town named after Caesar had the magnificent Herod’s Theater, where chariot races were held and where slaves had to fight lions. Then on to Haifa (or Jaffa) just to see the beautiful view and then a stop at Acre to see the stunning fortress, old harbor area and a Crusader crypt. We continued to Nazareth where we got to visit the Basilica of the Annunciation. Mary’s house was indeed a sight. We had done all of this and it was only our third day!

The fourth day took us to Galilee, where we got to see a 2,000-year-old wooden boat (built during the time of Christ) before taking a boat ride on the Sea of Galilee. We had lunch at Galilee and I was glad I did not have the St. Peter’s fish, which is actually our local tilapia! We proceeded to Capernaum, where we saw more ruins, synagogues and the house of Peter, the first pope. The Mount of Beatitudes was the next stop to visit a church and see date-picking. We also passed the River Jordan, where Jesus was baptized by John the Baptist, before reaching the Dead Sea, the lowest place on earth, for a dip in the buoyant waters.

From the Dead Sea, we drove by the mountains, where the famous Dead Sea Scrolls were found. Then off we went to the nearby fortress of Masada — the famous isolated fortress attacked by Romans and immortalized by Hollywood in various films. After marveling at the ruins of the Masada fortress, we drove through the Judean Hills to Mount Scopus for a more vantage view of Jerusalem. The walled city of Israel’s capital was stunning. Upon entry to Jerusalem, we visited what was purportedly King David’s Tomb, the Room of the Last Supper and the Western Hall (also called the Wailing Wall at times). We also had the opportunity to go on an optional tour of Bethlehem to see the Church of the Nativity. At night in Jerusalem, Anton and I called our friend and former Manila resident Ahituv Getz, who took us for dinner at his restaurant Angelica, which served excellent Mediterranean cuisine.

Day six of our tour brought us to Yad-Vashem, the museum that commemorates the Jewish people killed during the Holocaust. That was a truly moving experience. We proceeded to the Shrine of the Book that contained the Dead Sea Scrolls to see the actual scrolls. We shopped for souvenirs as well. We visited the Garden of Gethsemene or Gethsemane (the agony in the garden) the next day then walked through the Old City to see the Temple Mount. We continued along the Via Dolorosa to see the Stations of the Cross, the Ecce Homo Arch, the Pool of Bethesda and the Church of the Holy Sepulcher built on the site of the Crucifixion. We went back to the Old City of Jerusalem to do more shopping and eating before departing for Egypt the next day.

It was wonderful to experience that much in Israel in just seven days with an expert tour guide. I guess seeing places that I just read from the Bible and learned through a Catholic upbringing made it more special, knowing where my faith was born. It was an experience I will never forget.
Watch out for my Egypt and Jordan stories in this column!

Photo by Pepper Teehankee on a Canon Digital Ixus